NKT – Let’s connect at COP27 and drive the discussion forward 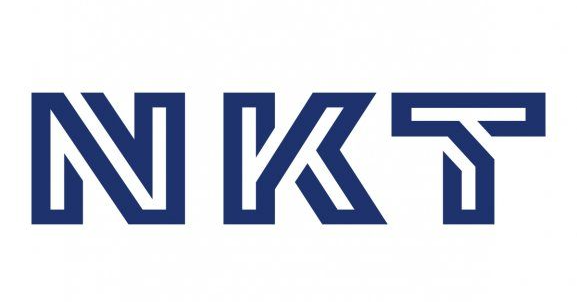 Transition to renewable energy is essential to mitigate the global impact of climate change and COP27 is an important opportunity to advance the green transition and help speed up its implementation.

Europe is on the right path but implementation must speed up, if we are to achieve the set goals. More renewable energy and an efficiently interconnected power grid are needed to ensure sufficient and reliable transmission of generated green energy. If successful, this transition will not only help stabilise the climate by decarbonizing the global economy, it will also keep the +1.5 ºC delta temperature trajectory on track. However, at NKT we are deeply concerned that the current pace of rolling out green energy generation and transmission on a global scale will prove insufficient to achieve this incremental temperature target.

There are many agendas at COP27. As a power cable manufacturer, NKT is mainly committed to discussions around the future of energy and how sustainability must be designed into tomorrow’s transmission solutions, decarbonization in general and climate financing.

Speed and efficiency are key to upgrading the energy infrastructure to sufficiently support the energy transition.  With power cable projects often running for several years before initialization , the industry needs swifter and more agile processes in the permit and tendering phase to ensure efficient development of the energy infrastructure. There needs to be more collaboration between the key stakeholders of these major projects going across public and private entities – with the common aim to facilitate more GW of green energy to be put on the market as soon as possible.

If NKT and the rest of the industry are to support the politically planned capacity increases, significant investments in factories and expansion of capacity is needed. Firm commitments with longer horizons are required before capacity expansions are financially viable to initiate. In this context, balanced frame agreements may help speed up the process from first planning of power cable projects to first power generated.

Faster tender processes is another avenue to improve implementation speed , but will it be fast enough to achieve the ambitious goals governments are committing to? Favourable financing regimes is another pivotal element to support NKT considering the heavy investments needed now, so that capacity is ready to meet expected demand in the years to come.

Together, we can decarbonize the world economy

NKT’s power cable solutions provide the infrastructure necessary to transport renewable energy to users across countries and regions. Introducing more interconnectors and generally strengthening the power grid will make it easier to transfer renewable energy to users across continents, whether they are close or far away from the actual production, and thereby decarbonize their footprint. And here it becomes critically important to also consider how the components and elements of the cable systems are manufactured, delivered, implemented and operated. As a minimum, design for sustainability must be regarded as a decisive selection criterium. For that to happen we need the political establishment to demand that from all the respective stakeholders in the green transition workflow.

Internally, NKT is proud of the results achieved so far and the road ahead of an ambitious sustainability journey. NKT has committed to the Science Based Target initiative and the 1.5 degree scenario with the aim to be Net Zero no later than 2050. Active work is ongoing to reduce scope 1 and 2 emissions by 90% by 2030 and to reduce Scope 3 emissions through close collaboration with suppliers. With the recent example of the use of green copper for HVDC cables for the Dogger Bank C wind farm, NKT – together with  SSE Renewables, Equinor and Eni Plenitude – advances in leading the power cable industry towards decarbonization.

Renewable energy is the future, let’s connect it to the world with a modern grid

At NKT, we deliver! We have already helped connect hydro power from Norway to Germany and will soon connect offshore wind from the North Sea to Southern Germany via the German Corridor projects. Also in the USA we will provide a transmission solution allowing hydro power flowing from Canada to  New York City. The connections have started, but much more must be done. An ambitious and long-term plan for interconnected  power grids all over the world is needed with firm commitments and faster permit and tender processes, and with stronger focus on international and regional collaboration between TSO’s, project developers and governments.

Let’s continue the conversation after COP27, too

Because we truly care about the necessity of reaching the set goals and targets coming out of COP27, NKT will argue and push for;

The success of the transition to renewable energy relies on an interconnected power grid with future-proof capacity to handle the increase in green energy and reliable power transmission.

Let’s work together to connect a greener world.

More information on NKT: https://www.nkt.com + A pioneer in the cable industry. Since 1891 we have offered our customers everything they need for their cable projects.

In a globalised and interconnected world, with a rapidly increasing population and demand for a modern lifestyle, the need for power is constantly growing. At NKT we have made it our purpose to bring power to life by helping meet the growing need for energy.

Founded in 1891, during the second industrial revolution, we pioneered the cable industry in the Nordics. Today we master the fourth industrial revolution, with our energy transportation expertise, and cost-effective manufacturing facilities at the highest technological level, delivering lifetime value to our customers as well as the global society.

Trusted partnerships: We take in pride in long-term relationship and effortless collaborations, making it simple, convenient and efficient to do business with us. Many of our customers have been with us for decades, maybe because we see ourselves as both their local partner and international supplier, always willing to go the extra mile to ensure the right cable solution.

Performing in real life: The environments that our products and solutions functioning in are often harsh and unfriendly, laying down a long sea cable on the ocean floor in an unexpected storm or repairing 100 years old power cables in the ground of a busy metropolis is not for everyone. We know that performance counts in tough circumstances and that’s when we deliver.

NKT Group consists of two standalone companies: NKT, a leading provider of power cable solutions, and NKT Photonics, a leading supplier of fiber lasers and photonic crystal fibers. Both companies are headquartered in Denmark and have operations across the world.
Key figures: NKT provides turnkey AC/DC cable solutions. We are present in 14 countries with headquarter in Denmark and we employ approximately 4,176 people creating a total revenue of EUR 1,906.7 billion in 2021. NKT A/S is listed on Nasdaq Copenhagen.

Science has established beyond doubt that the window for action is closing rapidly. In November 2022, Egypt will host the 27th Conference of the Parties of the UNFCCC (COP27) in Sharm El-Sheikh, with a view to building on previous successes and paving the way for future ambition.

A golden opportunity for all stakeholders to rise to the occasion and tackle effectively the global challenge of climate change facilitated by Egypt on the African continent.

Egypt assumes the incoming Presidency of COP 27 with a clear recognition of the gravity of the global climate challenge and appreciation of the value of multilateral, collective and concerted action as the only means to address this truly global threat.

More information on Science Based Targets (SBT): https://sciencebasedtargets.org + Science-based targets show companies how much and how quickly they need to reduce their greenhouse gas (GHG) emissions to prevent the worst effects of climate change.

The SBTi defines and promotes best practice in science-based target setting. Offering a range of target-setting resources and guidance, the SBTi independently assesses and approves companies’ targets in line with its strict criteria.

Companies committed to the Science Based Targets initiative are demonstrating that creating a climate-secure world goes hand-in-hand with successful business operations.

More information on Net Zero: https://www.iea.org/reports/net-zero-by-2050 + The number of countries announcing pledges to achieve net zero emissions over the coming decades continues to grow. But the pledges by governments to date – even if fully achieved – fall well short of what is required to bring global energy-related carbon dioxide emissions to net zero by 2050 and give the world an even chance of limiting the global temperature rise to 1.5 °C. This special report is the world’s first comprehensive study of how to transition to a net zero energy system by 2050 while ensuring stable and affordable energy supplies, providing universal energy access, and enabling robust economic growth. It sets out a cost-effective and economically productive pathway, resulting in a clean, dynamic and resilient energy economy dominated by renewables like solar and wind instead of fossil fuels. The report also examines key uncertainties, such as the roles of bioenergy, carbon capture and behavioral changes in reaching net zero.

Located more than 130km off the North East coast of England, Dogger Bank Wind Farm will be capable of powering 6 million British homes

Dogger Bank is an isolated sandbank within the central to southern North Sea spanning UK, German, Danish and Dutch waters.

Research and the evidence of human activity, vegetation and the remains of mammals indicates that the general area was for a period of time a land mass connecting the UK to mainland Europe, known as Doggerland.

As the sea level rose after the last glaciation (ice age) the area gradually became an island before being completely covered by water some time between 8000 and 5500 years ago.

The Dogger Bank Offshore Development Zone, located between 125 and 290km off the east coast of Yorkshire, extends over approximately 8660km² and water depths range from 18m to 63m.

More information on SSE Renewables: https://www.sse.com + We are driven by our purpose: to provide energy needed today while building a better world of energy for tomorrow.

We are a leading generator of renewable electricity in the UK and Ireland and one of the largest electricity network companies in the UK.

More information on Equinor: https://www.equinor.com/en.html  + Equinor is an international energy company present in almost 30 countries worldwide, including several of the world’s most important oil and gas provinces. Founded in 1972 under the name Den Norske Stats Oljeselskap AS—Statoil (the Norwegian State Oil company), we changed our name to Equinor in 2018. Our headquarters are in Stavanger, Norway, and we have over 21,000 employees.

We are the leading operator on the Norwegian continental shelf and have substantial international activities. We are engaged in exploration, development and production of oil and gas, as well as wind and solar power. We sell crude oil and are a major supplier of natural gas, with activities in processing, refining, and trading. Our activities are managed through business areas, staffs and support divisions, and we have operations in North and South America, Africa, Asia, Europe – and Norway.

More information on Eni Plenitude: https://eniplenitude.com/ + We work to be people’s best ally in the challenge of energy awareness. We inspire communities to join us to become ambassadors for change.
We believe that together, through conscious choices , we can reach the goal of zero emissions. 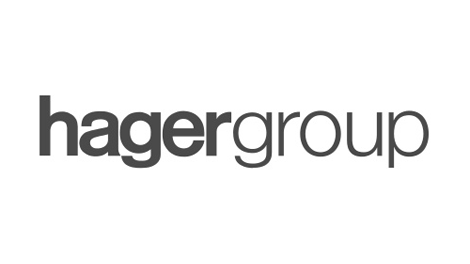 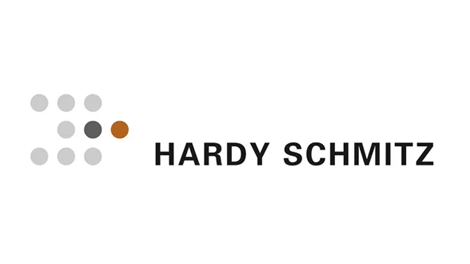 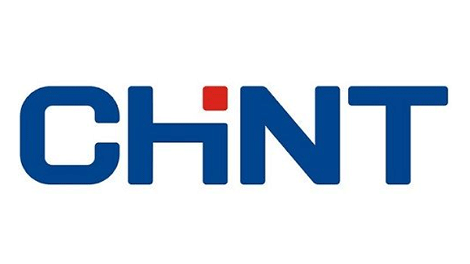 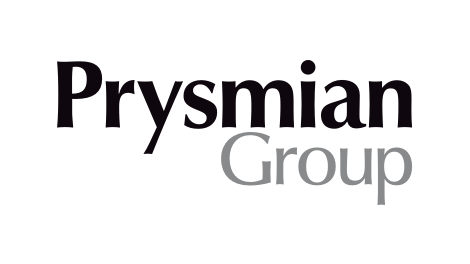